We use cookies to omprove your experience on the site. Please read our Privacy Тerms to find more.

I accept Learn more
Back 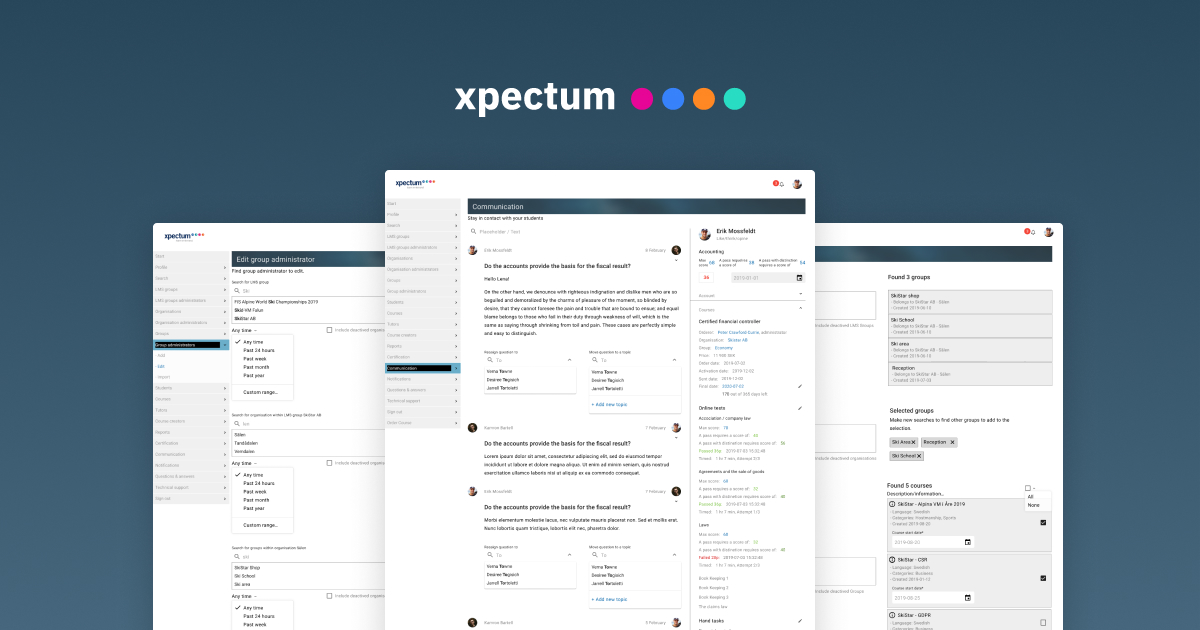 The project is an educational portal to create courses, organize the whole cycle of training and communicate with teachers.  The key components of the project are student management, administrator role, messaging and course progress tracking. The application consists of two parts: an administrator panel and a student panel.

Our main task was to rework the code from the previous team, create working functionality and launch the application in production.

At the start, our team had two parts of the project: the admin side and the student side, with a static front end and a barely started back end from a third-party team.

We started with analytics, redesigned the structure of the system, and developed a plan to create an MVP that covers the main functions of the system.

Our main task was to fix bugs in the old code, create new functionality, and launch the application in production.

To speed up the development process, we worked on two parts of the project in parallel. This was also an optimal solution, since a new application with one interface required much more time and a new design was needed for the creation of which the client did not have either funds or time.

There are several roles on the administrator side, and depending on the role, the interface, features and functionality are different.

On the admin panel we have developed and established links for:

A large amount of work was done in creating the notification functionality. There was no design for it, and the requirements specification was not very clear and understandable, so the team had to create it on its own.

This part is essential for students. They take courses, communicate with teachers, sign up for exams, and find out their results. Students can also contact the support service and see all the information about the courses in which they are enrolled. All of these features have become a reality, thanks to our team.

As a result of the collaboration, we developed and released the application for learning and communicating between students and teachers:

A2SEVEN has built a robust digital platform that has won numerous awards. Their project management is always top-notch. They are always available and very responsive to any requests or concerns.

Digital Project Director at at Brains

A breeze to work with a very professional and talented team!

They are a great team, lead by a fabulous manager, Polina - Their work on this tool was thorough work and we successfully built some amazing functionality - some of which was very tricky! A very successful result which I could be happier with. Would use again.

The project has satisfied

The developer is exceptional and delivers a high level of work within the deadline. A2SEVEN has smooth and friendly communication, using an agile project management method in work execution.

Platform to create and customize content for ad campaigns

Platform for monitoring and accounting of parking spaces

Get a free consultation